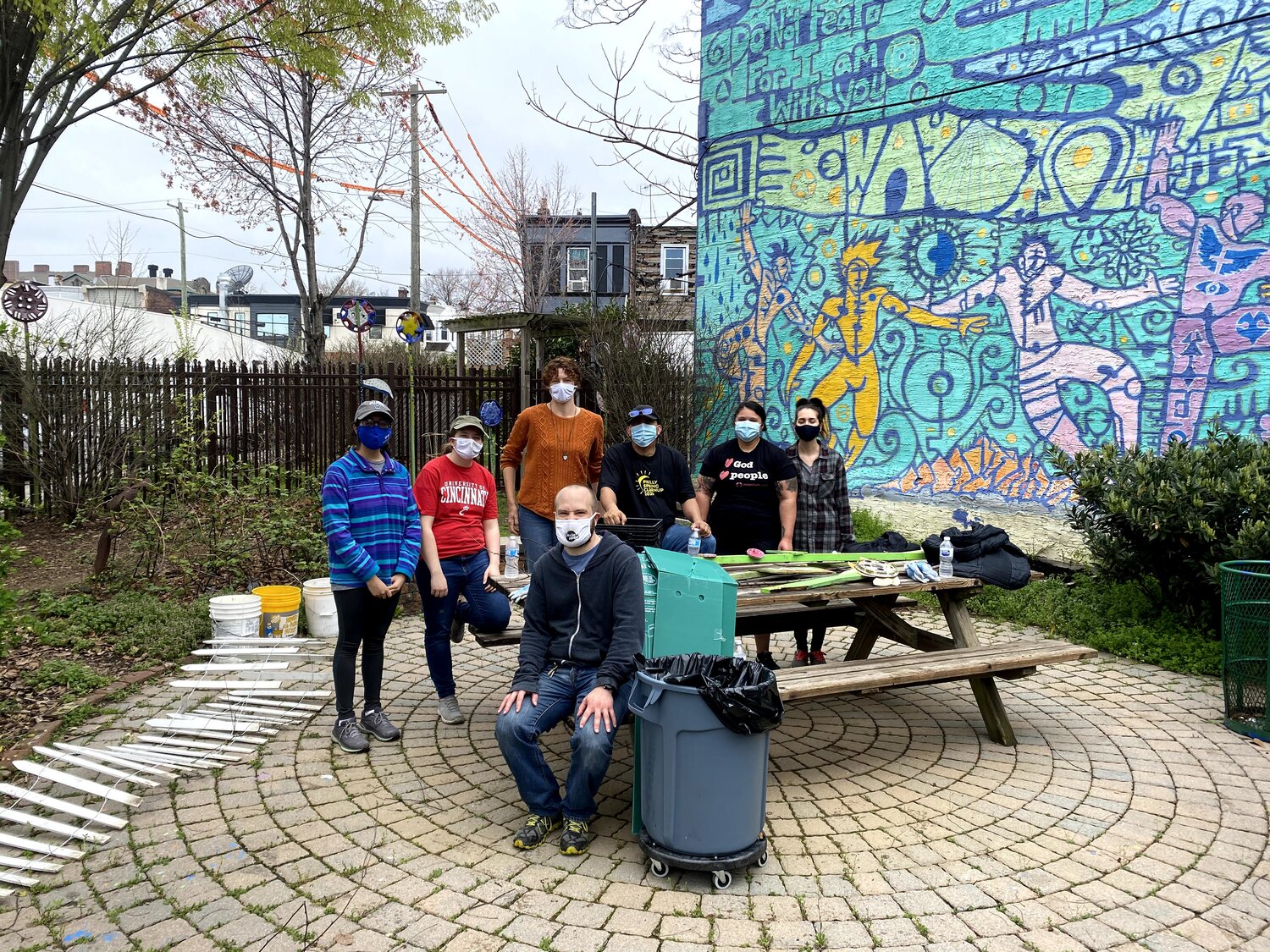 Neighbor Spotlight: Loving Your Block by Picking Up Trash

Loving your neighborhood can feel overwhelming or abstract. “Where do I start?” is a question many people ask when they come to us.

Sometimes, the easiest way to start loving your neighborhood is by looking at what’s right in front of you. It’s beginning to look on your very own block. And sometimes, what you see is trash.

This is what happened to Jeremy Chen, who has been living in Kensington with his wife for 4 years. When the pandemic confined him to his house for much of the time, he began to look more closely at his block. “Being at home so much really shifted my attention to our doorstep,” he recalls. Previously, he had been spending a lot of time in a nearby neighborhood, Hunting Park. During lockdown, he realized he had a lot he wanted to learn about his own neighborhood.

“We knew a bunch of neighbors on our block already, but we wanted to do more,” Jeremy shares. “When the unrest happened in the wake of George Floyd’s death, we saw a huge amount of trash. Roads were blocked off by protestors and law enforcement. The garbage trucks weren’t able to come and pick up garbage since. Waste was overflowing onto the sidewalk. We bought trash grabbers and started picking up garbage. It turned out that it was a good way to talk to people who were hanging out in the parks and on the block,” Jeremy smiles.

After a day of rich conversation and filling trash bags, Jeremy and a few others decided to do it again. The next week, they gathered to pick up trash on Sunday. Soon, others were joining in on the weekly ritual.

“It was actually easier to engage people because we were doing something together,” Jeremy reflects, “and picking up trash is encouraging because you can see the change happening right in front of you. At first, we’d go through 15 feet of sidewalk and get like 50 bags of trash. Those were the corners where dumping was really common.”

As the weekly clean-ups picked up steam, Jeremy connected with other neighbors. Many were passionate about neighborhood beautification and waste collection. A Block Captain named Yari Baez Agosto joined the group. She had been cleaning up her block every day for the past 15 years. A small text chain started for locals interested in the clean-up. A few people even gave donations for supplies like trash cans. Jeremy and others decorated them and installed them nearby.

“What was great is that since we started doing this, other neighbors have been helping to keep it clean. The guys on the corner monitor it to make sure people aren’t dumping,” Jeremy laughs. A few key areas have had far less trash since these neighbors joined the initiative. But Jeremy says as the clean-ups have grown and gotten more visible, so has his understanding of trash collection and its intersection with justice.

“When you start tackling a problem like trash,” he says, “You start to realize that it’s connected with everything else. It’s connected to city politics and government subcontractors, neighborhood politics, health issues in the city — everything. It can end up feeling overwhelming. I think the most important thing to remember is that consistency is what makes a difference. Some days 20 people come to the clean-ups, but sometimes it’s just 3 of us. But because we’ve been consistent, we’ve gotten to build a lot of new and meaningful relationships. I knew we had made it when we were struggling to remove a couch that had been dumped. One neighbor dropped everything to go get us a chainsaw to cut it with. Once we had a chainsaw, another neighbor dropped everything to get us oil for the chainsaw. That’s the community coming together because they feel connected to what you’re doing.”

Jeremy knows that every Sunday is a proclamation of his faith. The clean-ups offer a picture of hope and restoration on the Sabbath. But even though he sees the trash collection as fitting into a higher calling, he is careful not to romanticize the work.

“It’s easy to think that Kingdom work is glamorous,” he says. “For things to really be meaningful, they need legs, sustainability, and trust that’s built over a long period of time. We need to be connected with people in a neighborhood and understand their perspectives. Cleaning up trash isn’t pretty sometimes. If we are only looking for it to be a romantic or fulfilling experience, we’re going to burn out or miss the nuance of what’s actually going on.”

What practical, unglamorous ways are you loving your neighbors and your neighborhood nowadays? We would love to hear from you.

Honoring Our Elders with a Food Pantry Day

It’s been just over one month since we opened a Food Choice Pantry day just for Seniors! Due to the pandemic, we’ve only been able to welcome a few neighbors into the food choice pantry at a time. This limit has meant people sometimes have to wait. Over the summer, we...
Read More

I’m a people-oriented person. I’ve always loved being a part of a community and building long-lasting relationships. I love hearing stories from other people and what they’ve been through. My philosophy in life is that everyone has a story to share, and each story is...
Read More

All is not well in Philadelphia right now. Our neighborhood has been facing huge challenges in the throes of COVID-19. The recent killings of George Floyd, Ahmaud Arbery, and Breonna Taylor (among many others), have caused outrage and indignation to boil over. We are...
Read More

Update on Our Covid-19 Response

Thank you for your wave of generosity towards us! Your prayers, support, and gifts have cheered us in these trying times. As you know, we have been working harder than ever to love Kensington during the pandemic. We are trying to balance the sacrificial love this...
Read More

Pictured above: Simple Way Staff with the most recent Open House attendees. On the registration form there was a question – “why do want to take part in the open house”. My answer was “I don’t know, I just feel like I need to.” The truth is I had a lot of questions...
Read More

The first time I went in for my cancer treatment, everyone I saw at the clinic was so sad. I couldn’t help myself. I started to crack homeless jokes. I got a few gasps of surprise; people started asking me how I could be joking and telling homeless jokes in the middle...
Read More

Ten years ago on June 20, 2007, a seven-alarm fire broke out on the 3200 block of H Street. Its source was one of Philadelphia’s 700 abandoned factories. A hundred families were affected. Dozens of homes were evacuated, and many houses burned to the ground, including...
Read More

They all heard the thud. Moans followed. Chrissy Kind, a long-time supporter of The Simple Way, had gone upstairs after “the worst headache of her life” struck. The plaintive sound was unusual; Chrissy was known as an energetic pillar of The Simple Way’s support team....
Read More

Pictured above: An excavator lies still at the site of Esperanza Health Center’s forthcoming parking structure. Work is well underway at the bank building nearby, the building that Esperanza Health Center will move into in the spring. They’ve now turned to digging...
Read More
You're almost subscribed! Take a moment to confirm your subscription with the email we just sent you.We hope to see you at one of our virtual Practicing Sprituality gatherings soon. Look out for an invitation in your email.