We are a small organization supporting neighbors in building a neighborhood where we all belong and thrive.

We celebrate together. We garden and work to make our neighborhood beautiful. We collaborate locally in practical ways, like working for food security and connecting people with nearby resources. When we run into bigger systems that throw obstacles in our neighbors’ way, we advocate for systemic change together. Ultimately, we envision all of our neighbors coming to a place of security that enables growth and flourishing.

We started when a group of friends moved into Kensington who felt motivated to love and care for people in our neighborhood and around the world. Now, we’re a mix of folks who grew up in Kensington and others who became neighbors more recently. Our work is rooted in genuine love for each other.

We’re so honored to have a story that inspires others to act. Has our story sparked a desire for you to follow Jesus every day with your body, in your town?

We encourage you to go for it! Even as we focus locally, we want to see others equipped and active in their own neighborhoods. We do that by partnering with others who offer tools and strategies. 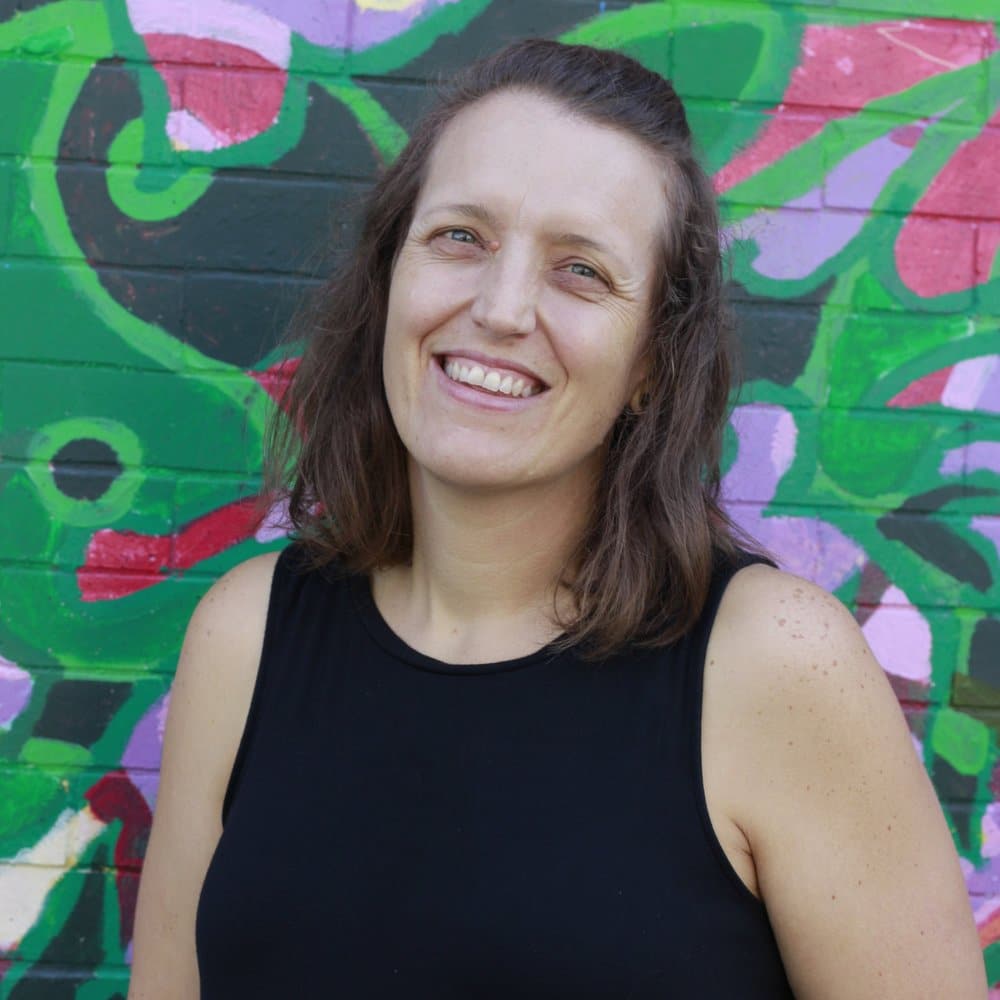 I am a New Zealander who came to the US to participate in Mission Year back in 2004. Through my work with Mission Year I was introduced to The Simple Way and I moved to Kensington to pursue community with friends and neighbors in 2008.

I love the energy that comes when we come together for celebrations and events, as much as I love quiet contemplative moments. 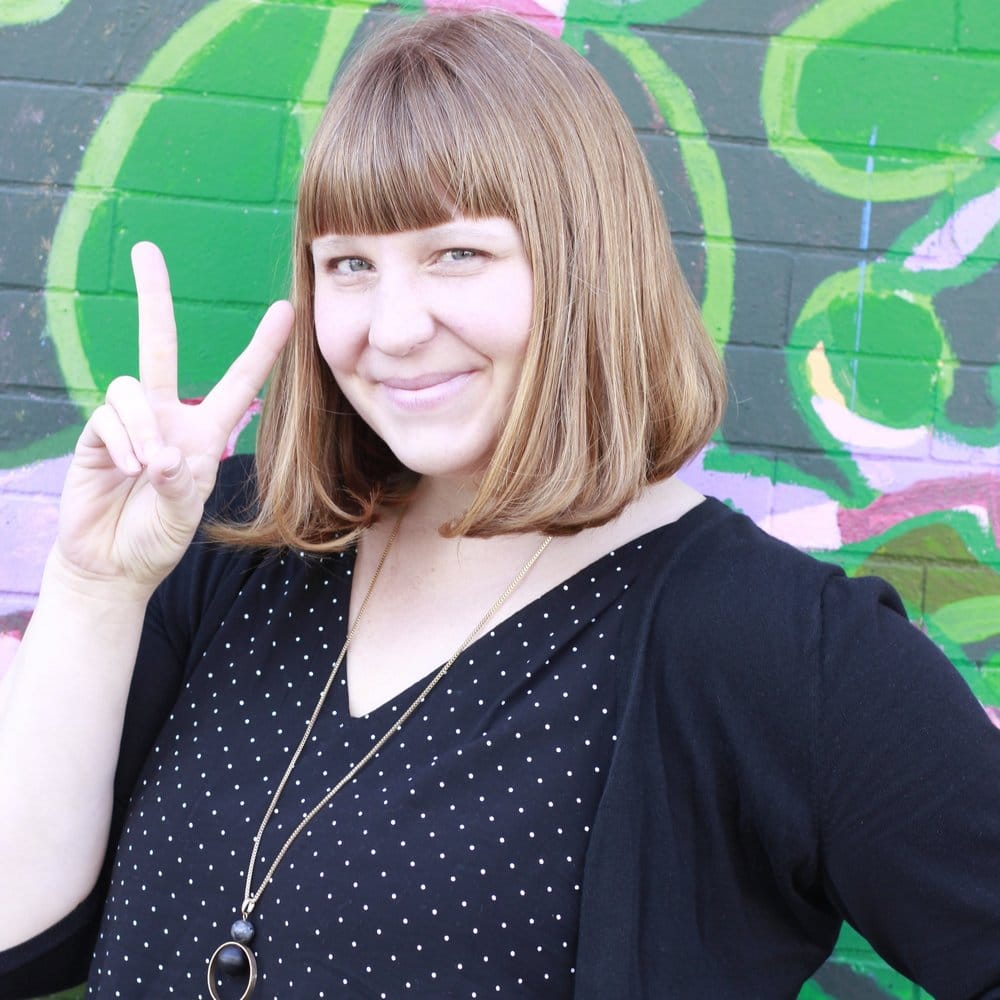 I spend most of my time dealing with finances. I love seeing numbers match up. I love seeing a balanced budget. I believe that one way we can honor God is by being responsible with what God has given us. I love that my job’s focus is to do just that. 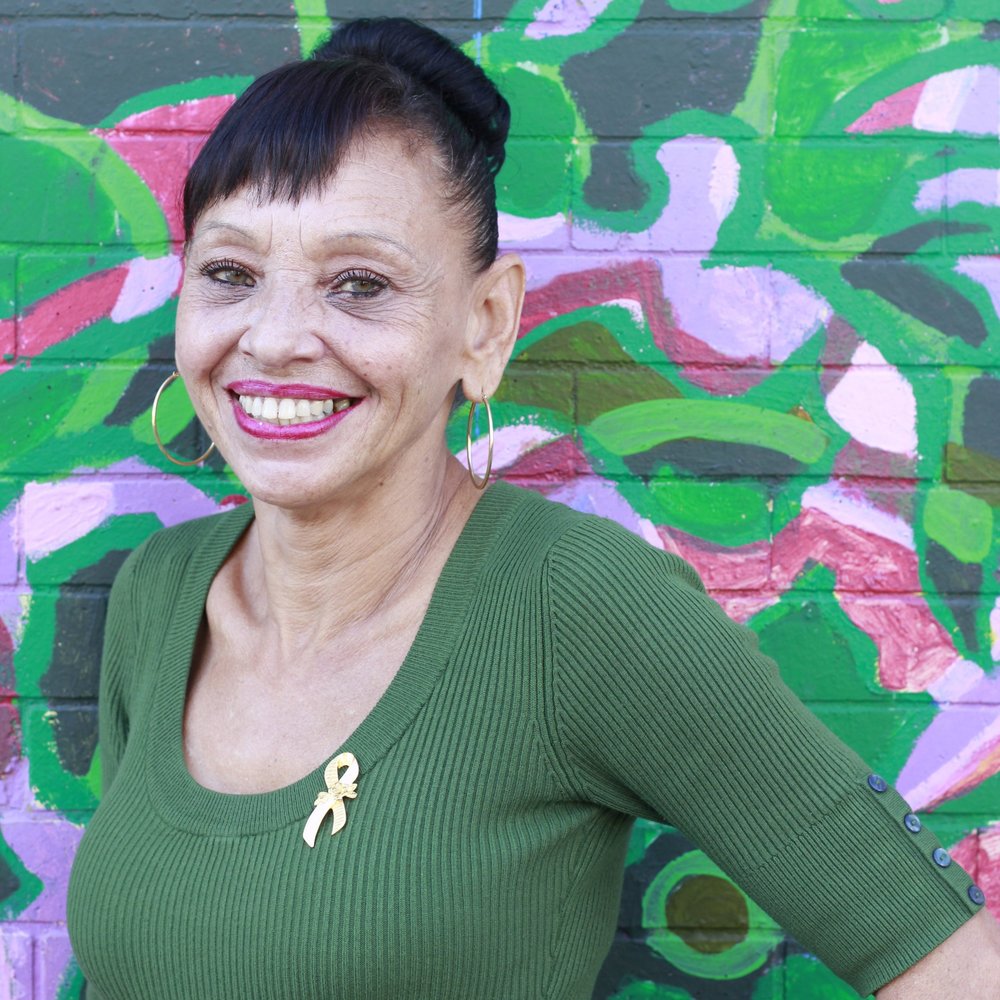 I moved onto Potter St. and visited the food pantry. After being on the food line several weeks, I saw all the hard work that went into putting those emergency food bags together and I felt compelled to help. In 2011, after several months of volunteer work, I was offered a position at The Simple Way and I felt it was a blessing. I felt I had arrived home and that I was being given the chance to do what I loved-help those in need! 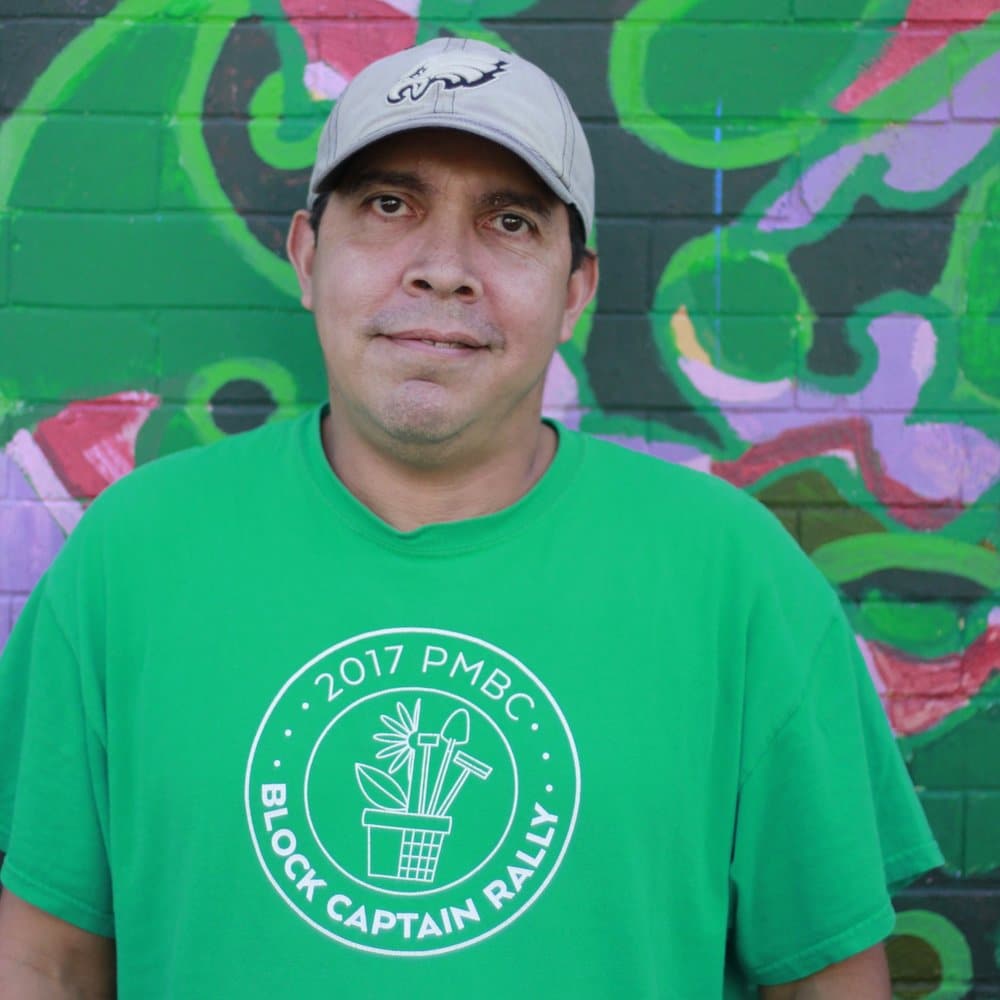 I’ve been living in my neighborhood for 25 years. I know what you feel when you’re struggling; it keeps me going to give food to our neighbors. My dream is that kids in the neighborhood will have safety and security. 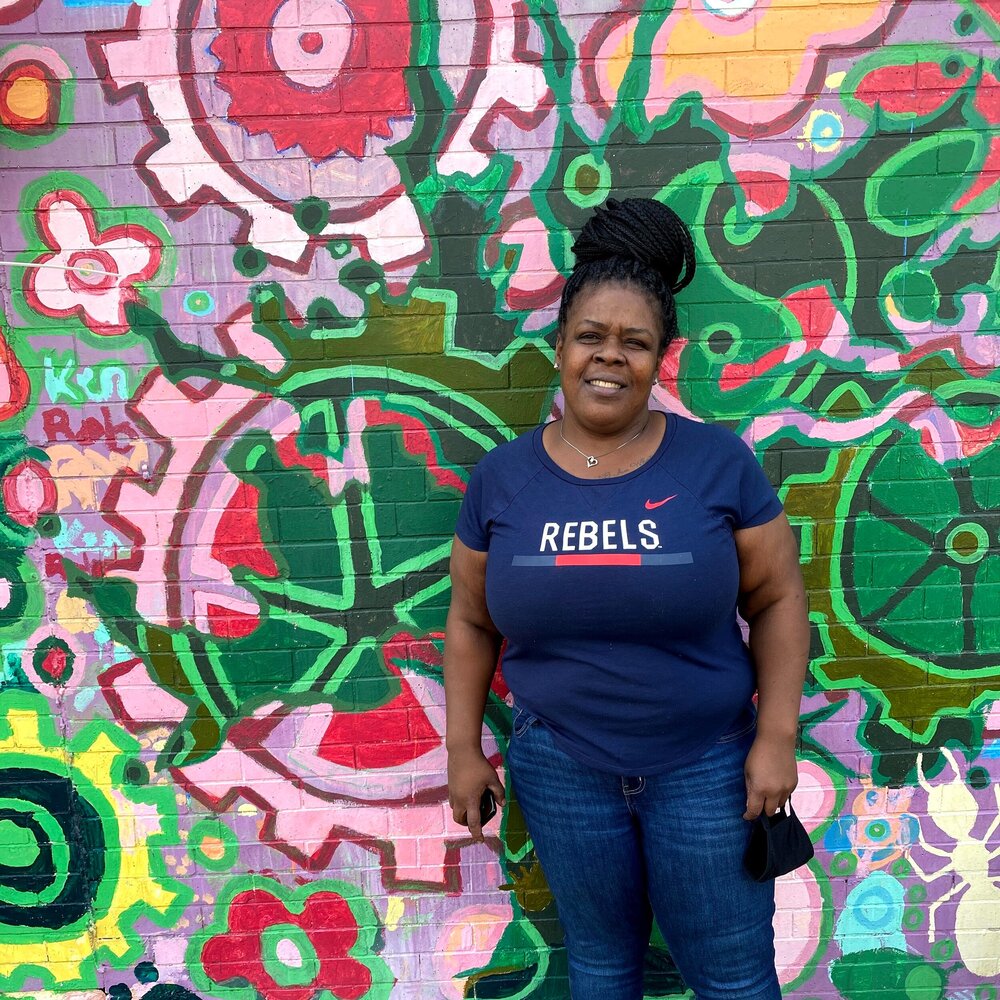 I love working at The Simple Way. It’s been my great joy to work with my neighbors here, to see familiar faces every day. Seeing their joy when they come to food distribution makes my day. Being rooted together makes us strong. I love this neighborhood, and I’ll be here as long as the people of Kensington will have me. 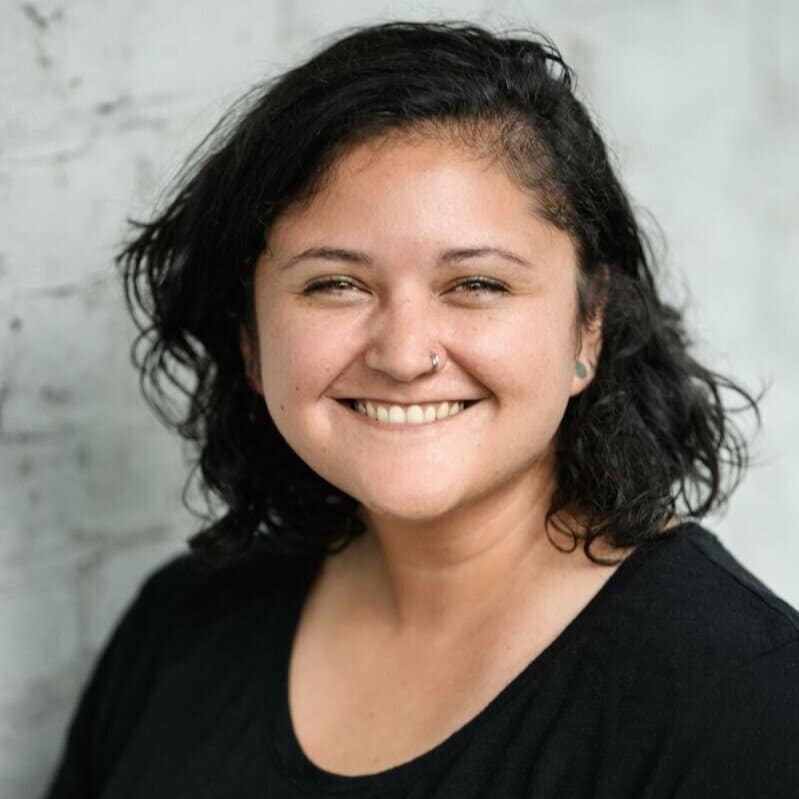 I feel so alive and connect so deeply with my own desire to live out the love and justice of Jesus when I run programs like Mission Year. I believe God is moving in us and around us always, and I’m continually reminded me to ask the question, “what am I looking for?” This role helps me pay attention to the life I am living right now and to those right in front of me. Every day, I see love and justice can always exist in active and tangible ways everywhere. 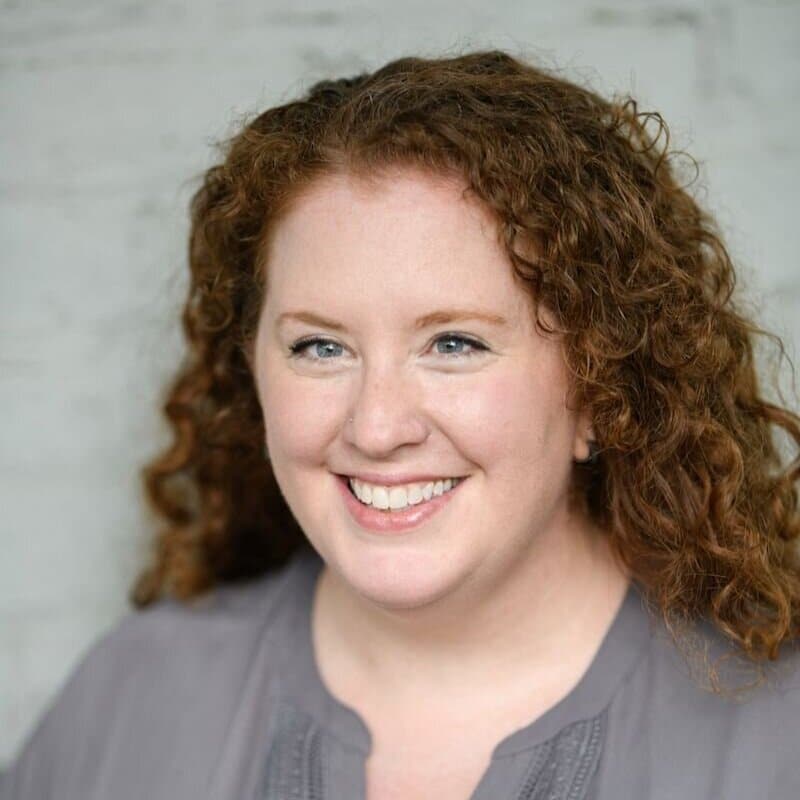 I keep participating in this work of transformation, not only because of how much hope it gives me to see young adults engaging with each other and the world in new and beautiful ways, but also because my own transformation continues as I stay in this space of learning, asking questions, and challenging myself. I’m grateful to be part of this work that is continually moving me toward more compassion and deeper love. 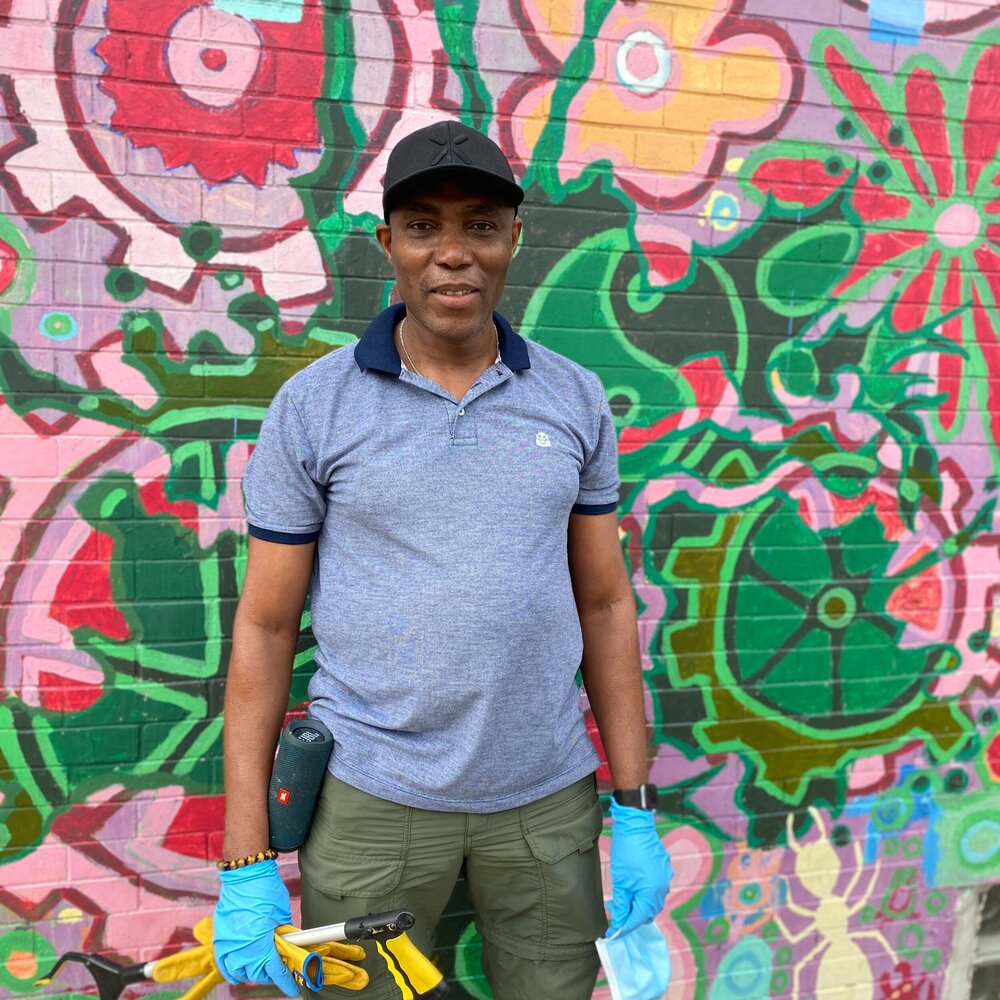 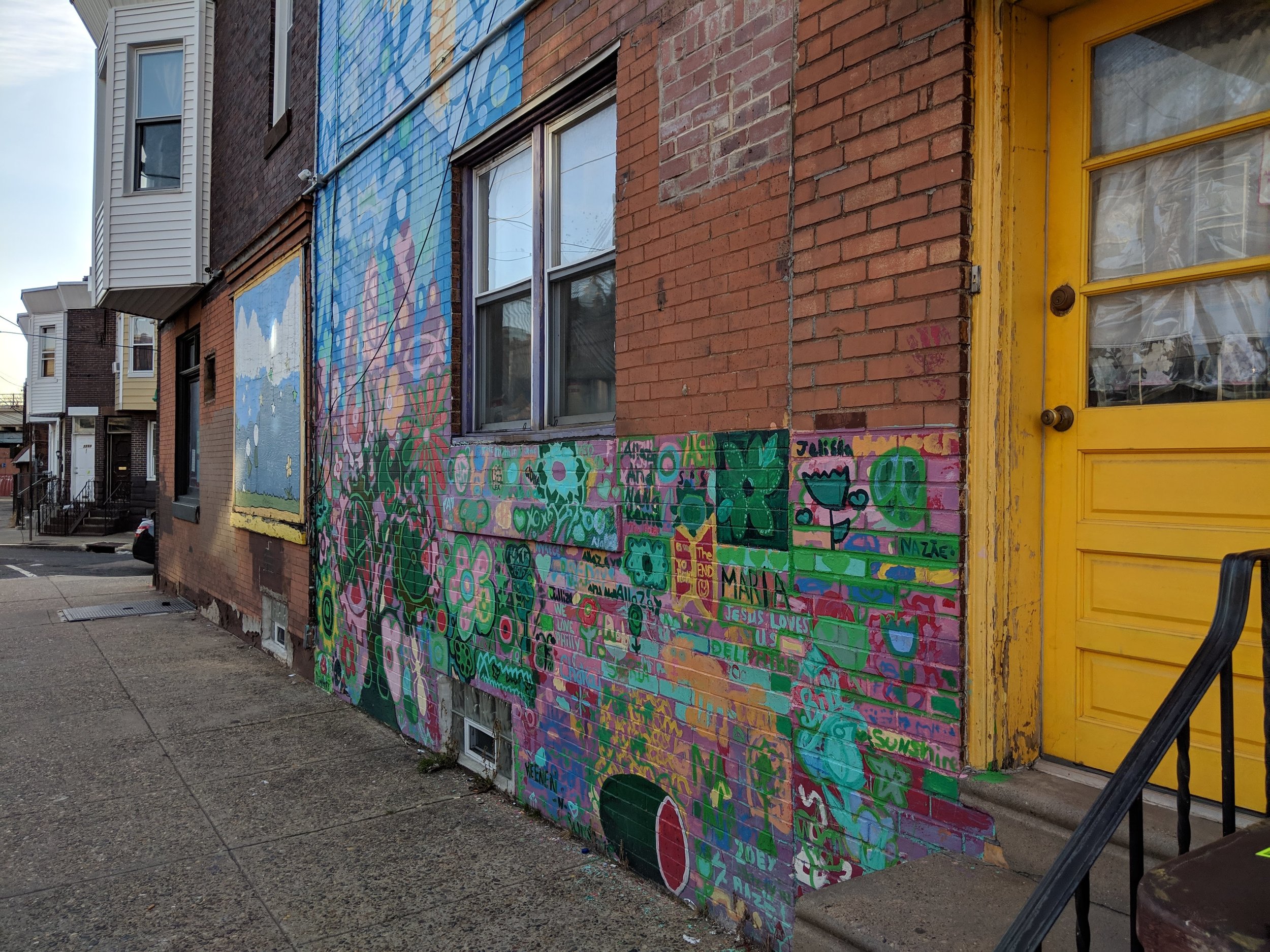 IT ALL STARTED WHEN…

in 1995, dozens of homeless families had moved into an abandoned Catholic church building in North Philadelphia. They were told by the Archdiocese that they had 48 hours to move out, or they could be arrested. With nowhere to go, these courageous mothers and children hung a banner on the front of the building that said, “How can we worship a homeless man on Sunday, and ignore one on Monday?” The families held their own press conference and announced that they had talked with the real “Owner” of the building (the Lord Almighty!) – and God said they could stay until they found somewhere else to go.

That was the spark that lit the fire of The Simple Way.

A few years after the takeover of the church ended —  in January 1998 — some of the students who had been a part of that movement pooled their money together and bought 3234 Potter Street. They took an old shoe repair store and made it their home. Before long they grew into other abandoned houses on the block.

Since that experience in 1995, we have been inspired by the early church in the book of Acts, where the Bible says the early Christians shared all their possessions in common, gave freely to those in need, and met in each other’s homes for worship. The Gospel was lived out of dinner tables and living rooms.

And now – after over two decades — an intentional community has turned into a little village of neighbors sharing life and working together.

You're almost subscribed! Take a moment to confirm your subscription with the email we just sent you.We hope to see you at one of our virtual Practicing Sprituality gatherings soon. Look out for an invitation in your email.